Actuator is suddenly moving when the HSM power is turned on.

1) Zero or Insufficient I gain

If I gain is zero or too low and there is any imbalance in the system like a poorly balanced servovalve, the actuator can suddenly move when the HSM is turned on.  The algorithm that software uses to set the command to the current feedback position is reliant on I gain.  Make sure you have at least 1 or 1/10th of P gain for I gain; whichever is greater.

Note: If you are using an older analog controller without automation software make sure you set the command to the current feedback position before applying hydraulic power.  Failure to do this will result in immediate actuator movement once the power is applied due to the error between the command and current feedback. 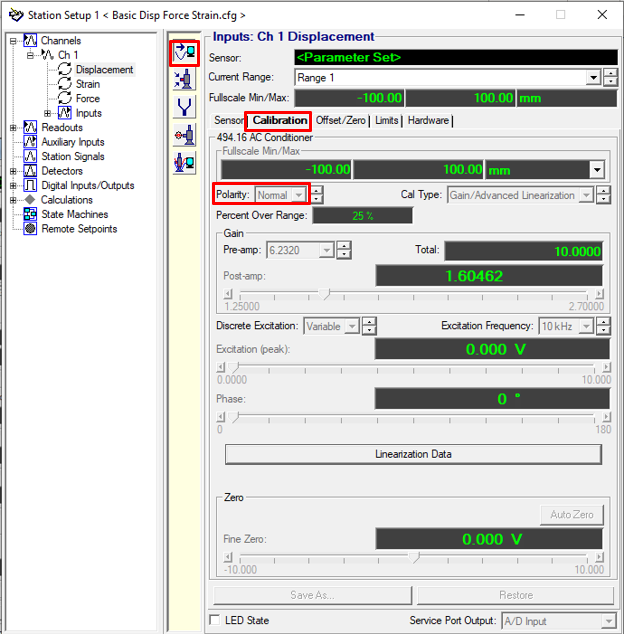 Most often tension is defined positive resulting with normal polarity.  This is not always the case since it may depend on the polarity of the cable wiring as well. Sometimes tension defined positive may require an invert polarity setting.  Only the conditioner card polarity is recorded on the calibration report (Figure 2). 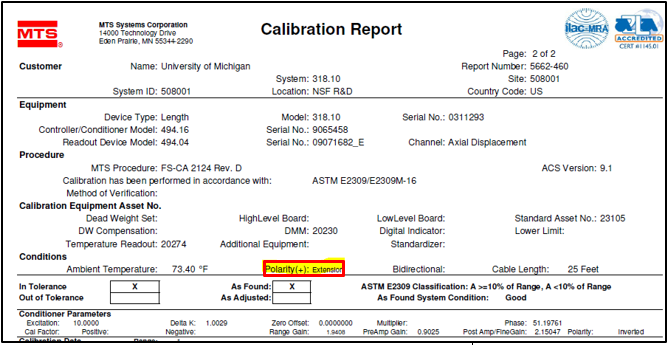 > Select the radio button for the desired polarity (Figure 3).

Note: Actuator Movement is the result of the combination of the servovalve polarity and the transducer polarity (Figure 4). 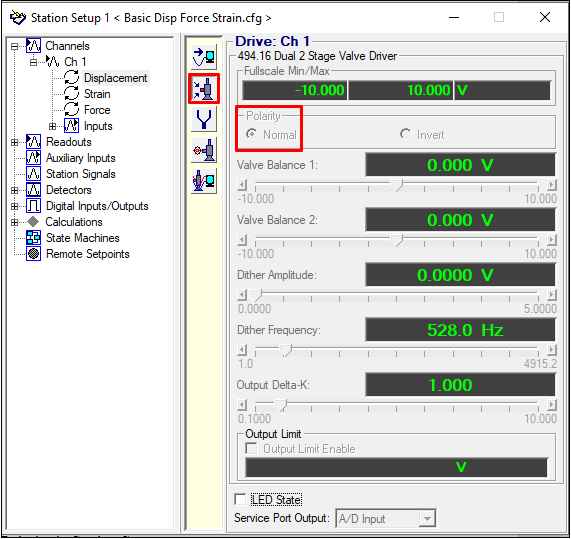 Note: If you cannot achieve control no matter what combination of polarity settings you are using it could be related to an incorrectly phased cable if you have dual servovalves.

Servo valve cables are produced with the first and second Servo valve either in Phase or out of Phase.

If you have a 3-stage servovalve follow the procedure below to determine the correct polarity settings.

1.  Switch to user level Calibration from the main Station Manager window.  The default password is Calibration with a capital C.

2.  First set the Conditioner Polarity for the resource assigned to the channel signal to match the calibration report (Figure 2).

This can happen when there is a more than one channel in the station configuration sharing the same HSM power and the user forgets to assign the hydraulic power to one of them. The channel without the HSM power assigned will not be able to set the command to the current feedback when the HSM low button is pressed in the software because it’s only associated with the other channel.  This will result in instantaneous error and the actuator will move to zero the error. 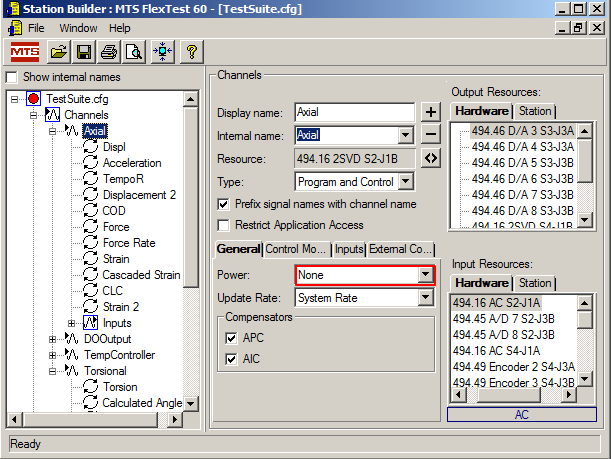