Operator gets any of the following errors when trying to boot their MTS supplied Hewlett Packard (HP) computer (Figure 1):

Please install an operating system on your hard disk 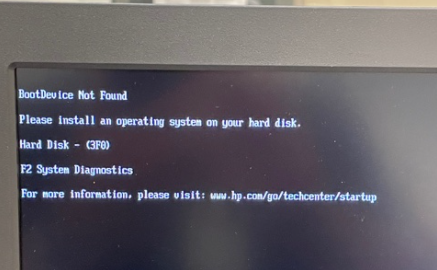 Figure 1 – BootDevice Not Found error when booting the computer

The operator may also see the following messages:

If you boot the computer and hit the (F9) button on your keyboard it will take you to the boot menu.   If you don’t see a local disk drive anywhere in the boot order that means the disk is not being detected.  You can power off and open the computer and try to reconnect the ribbon cable at the mother board and at the disk drive to see if there was a connectivity problem but if that doesn’t work the disk has likely failed.

To verify run hardware diagnostics per the manufacturer’s instructions below.  MTS does not warranty the computer.  Any warranty claim or technical support for the computer would need to be done directly with HP.

How to run HP hardware diagnostics when Windows will not start

While the test is running, the time remaining and test result for each component displays on the screen.

Get support with Failure ID

For additional support from HP go to: