In older versions of TestSuite, there were instances when the installer would incorrectly stop the installation stating that there is not enough disk space to continue when in reality, there is plenty of free space.

This was mainly an issue in older versions of TestSuite on systems with large hard drives. 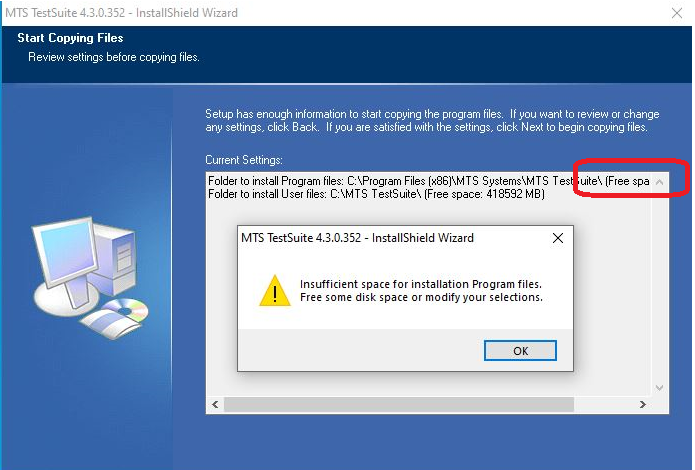 In most cases, cancelling out of the installation, rebooting the computer and re-running the installer will correct the issue.

If the customer is on a software support plan, they should consider upgrading to a later version of TestSuite.