What is the difference between the TestSuite application and platform version numbers (Figure 1)? 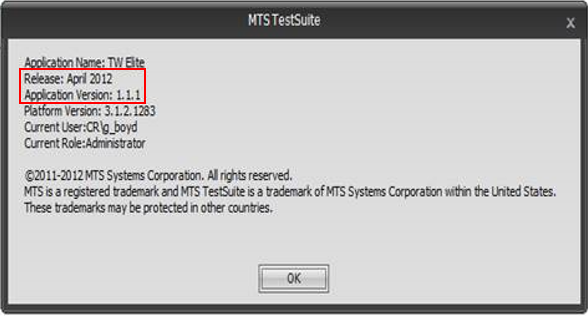